Laser hair removal in athletics? It’s more common than you might think.

Laser hair removal in athletics? It’s more common than you might think.

The Olympic Games offer sports lovers two-plus weeks of appointment television, showcasing the best athletic talents of the world from the comfort of their own homes.

These athletes have dedicated their lives to perfecting their crafts with the hopes of claiming gold on one of sports’ grandest stages. Any benefit, big or small, will be incorporated into their training.

And did you know that one of the more popular choices in the aesthetics world is regularly used by many athletes? It might surprise you that, in addition to weight training, diet restrictions, rest and recovery, laser hair removal also plays an important role for many athletes in various sports.

Read on to see how smooth skin and sports complement each other!

So which sports usually feature athletes who use laser hair removal?

Well, there are quite a few, actually. Essentially any sport that requires the use of a fitted suit or outfit like swimming, diving, dancing, gymnastics, cheerleading, track, and bodybuilding, to name a few. It goes beyond that, too, with many tennis and volleyball players also enjoying going hair-free!

It might surprise you that, in addition to weight training, diet restrictions, rest and recovery, laser hair removal also plays an important role for many athletes… 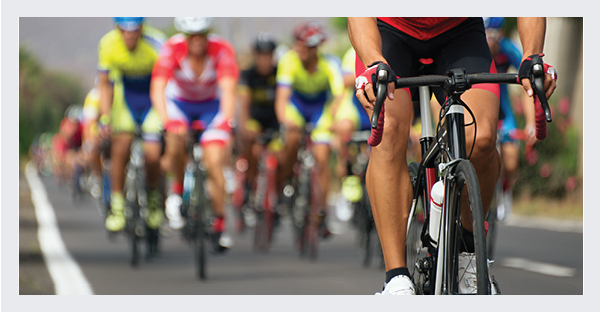 Is there a competitive advantage for athletes who get laser hair removal?

There can be, yes. With respect to competition, sports like swimming, track, and distance running may actually help lower times. Granted, a lack of hair won’t shed multiple seconds off your times, but it could take milliseconds off your results. Sometimes that’s the difference between gold and silver or even making the podium or not!

Some sports take into account the appearance of athletes. Clean, smooth looks for both gymnasts and bodybuilders bode well for them and the scores they’ll receive from judges who determine the final outcome!

What benefits — if any — are there beyond the competitive aspect?

Cyclists especially note that hair-free legs make the healing process much easier after suffering regular scrapes, scratches, and falls during training sessions or races. Also, should a topical ointment be needed or something as simple as sunscreen or moisturizer, it’s so much easier to apply into the skin. And don’t forget, no hair means there’s no clumps of liquid stuck in a patch of hair.

Wouldn’t other hair-removal methods — like shaving, waxing or another option — work just as well?

Would they remove hair — albeit temporarily in most cases — yes. But with laser hair removal, there’s an added convenience of flexibility with an athlete’s daily schedule, which is a big benefit. There’s no worrying about shaving semi-daily before swimming practice or making a wax appointment prior to a bike race, track meet, or cheer competition. Laser hair removal through a reputable spa or clinic allows athletes to focus on their craft instead of worrying about hair removal. With treatments roughly every six weeks and under the care of professionals, it’s a smooth experience, pun intended, and eventually you’ll no longer need to go to appointments, which makes it even more convenient!

It’s interesting — and kind of cool — that the world of athletics and aesthetics have a lot of common ground!

This is true! But the reality is that laser hair removal isn’t just a choice used for the sake of vanity. Benefits abound for athletes from both results and appearance standpoint. Also, let’s be honest, when the days of competition conclude, that same athlete will still enjoy the benefits and appearance of hair-free skin. Everybody wins there!