The “Science” behind Laser Hair Removal

The “Science” behind Laser Hair Removal

Have you ever wondered how laser hair removal works? Well, you’re not alone! It’s a question we’re asked a lot and that’s why we want to share – in layman’s terms cause no one wants to feel like they are in a science lecture – the basics of the technology used, treatment time, typical results, and standard follow-up processes.

Laser hair removal has been around for more than 20 years and continues to grow in popularity year after year. It’s not surprising that more and more people want to leave behind messy wax strips and rusty razors for a solution that gives them smooth, hair-free skin year-round. In fact, based on the number of companies that we know provide laser hair removal services around the country, we estimate over 5 million treatments are done annually.  While laser hair removal is popular for many reasons, we think the most important ones are how quickly the treatments can be done and how effective they are at removing unwanted hair.

Laser hair removal is commonly performed on the face including upper lip, chin, and sideburns. Other popular body areas to have treated are arms, underarms, legs, and bikini area. Areas like the upper lip can be done in only a few minutes. A larger area, like the back or legs, could take up to an hour.

over 5 million treatments are done annually

How Does It Work?

The laser portion of laser hair removal refers to the concentrated wavelength of light that is used to permanently eliminate the root of the unwanted hair.

When you go in for a treatment the provider uses the laser, which resembles a handheld blender, on your skin. The laser pulses – which we talked about above – is similar to a snap of heat. There is commonly a cooling element associated with the treatment process such as a built-in cooling mist or a gel might be used to protect the skin and lessen any potential discomfort. 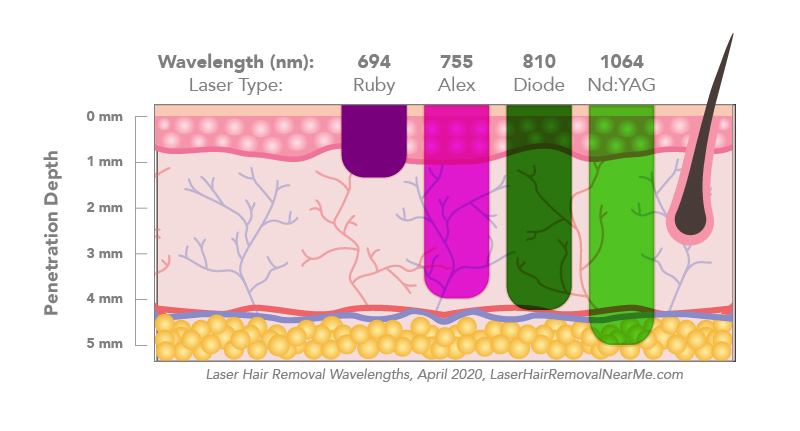 When Are Treatments The Most Effective?

The laser is most effective when treating individuals who have lighter colored skin with dark, coarse hair to target. However, many of the lasers on the market offer treatments that are effective for all skin tones and most hair colors when used properly.  Laser hair removal tends not to work well on very light blonde (bleach blonde), light red, grey, or white hair because there is not enough pigment in the root of the hair for the laser to target. 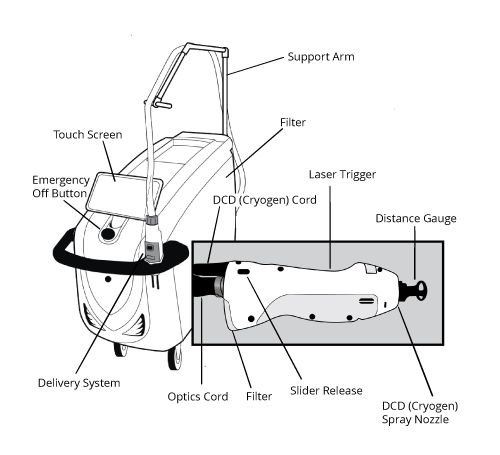 The procedures are most commonly performed by or under the supervision of a physician, nurse practitioner, registered nurse, or laser technician. Laws surrounding treatment requirements vary by state with some allowing estheticians or even individuals with no required education to perform the treatments.

People who undergo laser hair removal often have permanent hair loss after an average of seven to ten treatments. The reason it takes multiple treatments is to make sure to cover any spots that may have been accidentally missed during a treatment and to remove any new hair that grows. Hair grows in several phases and a laser can only affect currently active, growing hair follicles.

You’ll want to stay out of the sun on treated areas or make sure to use a broad-spectrum sunscreen before, during, and after treatment to keep your skin as close to your natural color as possible. This reduces the chance of reactions or burns.

After the treatment, you can continue on with your day as normal with no downtime.  There can sometimes be redness of the skin or swelling depending on the level of intensity and other factors.

This normally goes away quickly with nothing more than an ice pack needed to alleviate the mild discomfort unless there is a histamine or other skin reaction.

Finally, following the treatment hairs will begin to “shed” over the course of seven to ten days with exfoliation of the skin daily.